Along with volunteering, fundraising allows Stop Hunger to help local communities in need with its NGO partners. 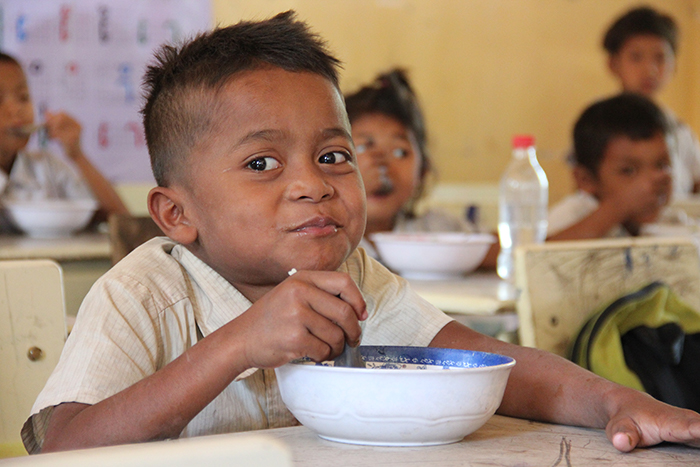 Donor evenings are held once a year in France, the U.S., the U.K., Canada, and soon in Brazil. These dinners enable a local appeal to the generosity of Sodexo’s unique ecosystem: they represent 50% of the funds collected. They are also a wonderful way to recognize those who fight hard against hunger, while exchanging stories and ideas.

This is a program that allows Sodexo employees to easily contribute a modest amount of their salary to Stop Hunger. In many countries, these donations may be exempt from taxation. Brazil, Colombia, the United States and the United Kingdom have implemented this solution. In the United States, over 10% of management participates in this program, donating over US$ 5 million to Stop Hunger since 1996.

An emergency fund of more than 400 000 USD was created in 2014, enabling rapid mobilization: because time is a decisive factor in situations of natural, health and humanitarian disasters. During the unprecedented Covid-19 health crisis, this fund made it possible to strengthen the exceptional support to the most socially and economically affected countries, by immediately and effectively providing food assistance to millions of beneficiaries of 57 food banks, NGOs and associations.

1 dollar donated = 1 dollar invested in the fight against hunger